At present there are limited opportunities to bring Muslims and non-Muslims together to reflect on key topics that draw from their religious traditions. As an attempt to fill this gap, Zaytuna College has launched the multi-media platform Renovatio.

In February 2020 the Dallas Morning News announced that “In America, Islamic intellectualism is enjoying a revival.” As evidence, the newspaper pointed to the work of Sheikh Hamza Yusuf, described by The New Yorker magazine as “perhaps the most influential Islamic scholar in the Western world.” 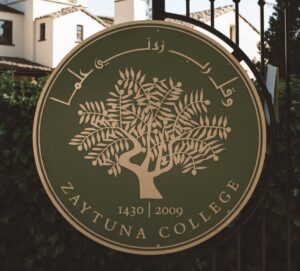 Yusuf, a classically trained scholar of Islam, recently founded Zaytuna College, the first accredited Muslim liberal arts college in the United States. One goal of the college is to provide thought leadership for religious leaders and laity across theological traditions by drawing them into deep and respectful dialogue.

In order to achieve this goal in the broader community, Zaytuna created Renovatio, a multi-media platform and print journal. The platform and journal, launched in 2017, has received high praise from a wide range of thought leaders. David Bentley Hart, author and philosopher, called Renovatio “intellectually rich and bracing.” Eva Brann, a National Humanities Medal winner, described it as “an archetypal American phenomenon.” And Oludamini Ogunnaike, a professor of religious studies at the University of Virginia, found it to be “at once serious and accessible.”

In its first three years Renovatio has largely emphasized print articles. With a two-year, $300,000 grant from AVDF, the platform aims to significantly expand its podcast and video offerings. Podcasts will be released twice per month, and new videos featuring Yusuf will be posted quarterly.

Renovatio Editor-in-Chief Safir Ahmed had the following to say about the mission of the platform. “There are very few, if any, media or publishing efforts that have a purpose comparable to Renovatio’s mission; there’s a void in projects that aspire to put forth ideas and thoughts rooted in religious traditions into the public square as equal participants. We aim to fill that gap.”