Because of rising ocean temperatures, half of planet Earth’s coral reefs have perished. And even if nations succeeded in limiting global warming to 1.5 °C above 1990 levels, the target of the 2018 Paris agreement, 70–90% of reefs would be lost by mid-century according to the Intergovernmental Panel on Climate Change. The discovery of “Super Reefs” might provide a way to reverse this trend.

“Super Reefs” are corals that thrive in the face of rising ocean temperatures. These reefs survive for various reason. Some benefit from ocean currents that keep them especially cool, or provide them with a steady supply of nutrients that are typically destroyed by warming temperatures. But others are genetically adapted to live in higher temperatures. For example, the reefs off Palau Island survived major heatwaves in 1998 and 2010. However, the nearby barrier reef, where waters are cooler, saw 95% of the reef perish.

As coral reefs are increasingly distressed, governments and environmental organizations have moved to protect them. The last two decades have seen a significant increase in the number of coral reef Marine Protected Areas (MPA), which now encompass ~27% of coral reef area worldwide. However the criteria for determining when an area should be protected does not consider resilience to climate change. As a result, most super reefs remain unprotected. 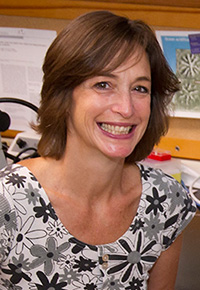 Led by scientist Anne Cohen, the Woods Hole Oceanographic Institute (WHOI), in conjunction with other partners, is seeking to expand protection to more Super Reefs by creating more MPAs. With funding from the Arthur Vining Davis Foundations, WHOI is helping to create an MPA off the coast of the Marshall Islands. In addition, the Foundations’ grant funds are supporting the Aquarium of the Pacific to become the site for the first Super Coral exhibit and live bank. Aquarium of the Pacific dedicated its 2020 theme to “Corals and Coral Reefs” and together with PI Cohen, produced the Super Reef Science on a Sphere 3-D film experience that has been shared with more than 150 institutions around the world.

“Aquarium of the Pacific is thrilled to collaborate with Dr. Anne Cohen on this project to create the first Super Reef Marine Protected Area in the Republic of the Marshall Islands,” said President and CEO Jerry Schubel. “The Aquarium exhibit will tell the story of super corals to our nearly 2 million visitors each year.”