The films included in Ken Burns’ Telling America’s Stories” series are The Dust Bowl, Jackie Robinson, The Roosevelts, Vietnam War, The Mayo Clinic, Country Music, and Ernest Hemingway. Except for Hemingway, all films have aired nationally on PBS. 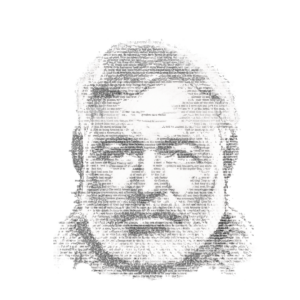 Hemingway, a three-part, six-hour documentary series examines the visionary work and turbulent life of Ernest Hemingway, the charismatic, temperamental and egocentric genius who reinvented American literature and became one of the most influential and most famous writers our country has ever produced. Interweaving Hemingway’s eventful biography with carefully selected excerpts from his short stories, novels and non-fiction, the film explores Hemingway’s creative impact on American literature and situate Hemingway and his writing within the context of American culture in the 20th century. It is a story that is both epic and intimate, and it is a story that has never been told on film.

Directed by Ken Burns and Lynn Novick, the film premieres on PBS on April 5-7, 2021 and will be available for streaming on multiple platforms. A trailer for Hemingway is available here.