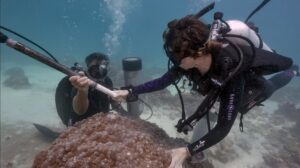 Because of rising ocean temperatures, half of planet Earth’s coral reefs have perished. And even if nations succeeded in limiting global warming to 1.5 °C above 1990 levels, the target of the 2018 Paris agreement, 70–90% of reefs would be lost by mid-century, according to the Intergovernmental Panel on Climate Change. The discovery of “Super Reefs” may provide a way to reverse this trend. 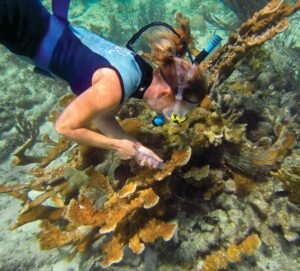 Super Reefs are corals that thrive in the face of rising ocean temperatures. These reefs survive for various reasons. Some benefit from ocean currents that keep them especially cool, or provide them with a steady supply of nutrients that are typically destroyed by warming temperatures. But others are genetically adapted to live in higher temperatures. For example, the reefs near Palau Island survived major heatwaves in 1998 and 2010. However, the nearby barrier reef, where waters are cooler, saw 95% of the reef perish.

AVDF grantees are among the leading scientists seeking to address coral reef loss and the potential role of Super Reefs in reversing that loss. Their efforts have recently been recognized in an article on super reefs in National Geographic. 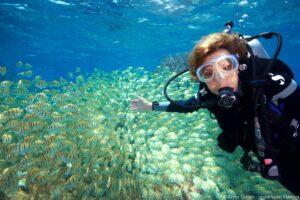 In addition, Dr. Cohen was named one of the top 15 coral reef researchers in the world by ECO magazine. AVDF is proud to support the cutting-edge work of these scientists and their organizations.