Prothero, a professor of Religion at Boston University, has devoted much of his professional life to addressing this issue. In addition to his role as a teacher and scholar, he has written acclaimed popular books and articles, and appeared on numerous radio and television programs, in an effort to introduce readers to major world religions and argue for the civic value of religious literacy. With support from AVDF, Prothero will bring his unique blend of expertise and accessibility to more audiences in the form of a podcast titled Religion Matters. 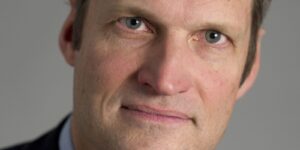 The need for a new digital resource of this sort is clear. Recent Pew studies confirm that Americans in general lack religious literacy, despite the fact that cursory knowledge of world religions is indispensable for understanding local, national. and world affairs. And podcasts are an effective way to reach audiences, with listenership increasing across demographics.

Religion Matters is poised to fill an important gap in the podcast landscape. While there are many religion podcasts, they tend to be produced by people of a specific religious denomination for people of that same denomination. Prothero’s series, in keeping with his popular work in other media, will range widely in its topics, and will be aimed at a broad audience—people of all faiths and none—who are curious about the role that spirituality and religion play in contemporary life. The result should be an educational and entertaining series that advances listeners’ understanding of religion and its importance in the world today

For more about Stephen Prothero’s work in advancing religious literacy, you can visit his website here.