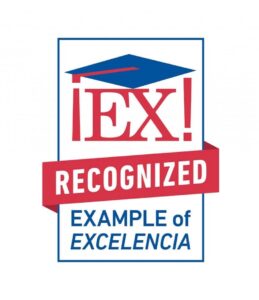 AVDF is proud to announce that the Cardinal First program at North Central College has been named as the 2021 “Example of Excelencia” in the baccalaureate category. Established in 2005, “Examples of Excelencia” is the only national data-driven initiative to recognize programs at the associate, baccalaureate and graduate levels as well as community-based organizations that accelerate Latino student success. This year, Excelencia received a total of 145 program submissions from 23 states and Puerto Rico.

Excelencia in Education recognized Cardinal First for its efforts to recruit, support and graduate North Central students on time,  and to intentionally connect students to faculty, resources, and experiences that promote academic and personal success.

The virtual awards ceremony can be viewed here. Recognition of Cardinal First, and interviews with students impacted by the program, begin at about the 21:00 mark.