In June 2020, South Florida PBS premiered four new episodes of Changing Seas. The episodes, funded by AVDF, provide viewers a peek into some of the most extraordinary places on the planet, from the Blue Holes of the Gulf of Mexico, to the desert islands of Peru, to the spectacular coral reefs of American Samoa. In addition, the series documented an important milestone – ten years since the Deepwater Horizon oil spill – and revealed the lessons learned from that momentous man-made disaster. 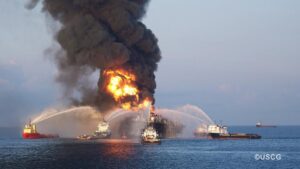 Due to the coronavirus, Changing Seas screening events were held online. Faced with both a challenge and an opportunity, the South Florida PBS team acquired software that would allow virtual audiences to screen programs and interact with experts and producers. In past seasons, each Changing Seas live event typically attracted about 100-200 guests. This year, screening and discussion events reached over 50,000 online viewers. South Florida PBS expressed appreciation for AVDF’s support, which helped to make the locations, content, and public engagement events for the new season possible. Season 12 is scheduled for national broadcast across the country in November through American Public Television. To date, 262 stations, or 82% of the PBS market, have committed to airing the new season.