Asian Americans is a five-hour film series and public engagement campaign that chronicles the contributions and challenges of America’s fastest growing racial group. Produced by WETA, the program’s primary goals are to: (1) re-frame the role Asian Americans have played in shaping U.S. history for viewers nationwide in a high-quality, multi-part documentary on broadcast and online; (2) expand the reach of the series by providing fresh classroom curricula to educators and students; and (3) engage the public through a sophisticated communications campaign ahead of the broadcast, a robust digital strategy, and public engagement activities designed to create a national conversation about the issues raised in the film. 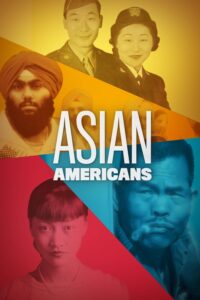 The film series is told through individual lives and personal histories, as well as a trove of archival and academic research materials, the series will challenge presumptions and expectations and show how the Asian experience in the U.S. illuminates the larger American story through five episodes covering 1880 to 2001.

Episode 1: Who Can Be an American? (1880s–1920s) sets the stage for the experiences of the first large wave of Asian immigrants at a time fraught with conflict over identity, race and citizenship. In the midst of an era of growing exclusion, when Asian Americans are often perceived as “the perpetual foreigner,” these characters build lives for themselves and their families and take up the fight for equality and citizenship.

Episode 2: A Question of Loyalty (1930s–1945) captures a time of crisis at home and abroad. The upheaval in the Pacific begins during the 1930s, climaxes with World War II and transforms America’s position in the world and at home. During this era, Asian Americans’ loyalty to the U.S. is constantly tested, and they must navigate their complicated relationships to America and Asia.

Episode 3: Good Asian, Bad Asian (1950–1965) chronicles a contradictory era of American politics. The dual forces of Civil Rights and the Cold War impact Asian Americans in many ways. The stage is set for a new era of immigration, racial representation, and activism. A postwar “yellow peril” is embodied in the image of an Asian Communist threat, side by side with the introduction of a new icon: The Model Minority.

Episode 4: Don’t Call Me Oriental (1960s–1970s) begins at a tipping point in U.S. history as world events and demographic change propels the nation towards the birth of a new American majority. In 1965, immigration reform and the Fall of Saigon ignites a massive wave of new Asian immigrants. At the same time, a young generation inspired by the Civil Rights and anti-war movements, proclaims their place in the U.S. and a bold new identity: Asian American.

Episode 5: The New Millennium (1980s–2001) begins in the 1980s, at a time when globalization is the new norm. The center of gravity has shifted from Europe to Asia, and Asian Americans have become the fastest growing racial group in the U.S. America is on the path to becoming a “majority minority” nation, and Asian Americans are front and center in the cultural dynamism and conflict that results; the Model Minority collides with the Yellow Peril. The episode captures the unfolding drama as Asian Americans navigate their role in this uncertain future.

Supported by AVDF, the Corporation for Public Broadcasting, PBS, National Endowment for the Humanities, and other major foundations, Asian Americans premiered to a national audience on PBS in May 2020.

The Warrior Tradition
The Harvest
When Whales Walked: Journeys in Deep Time